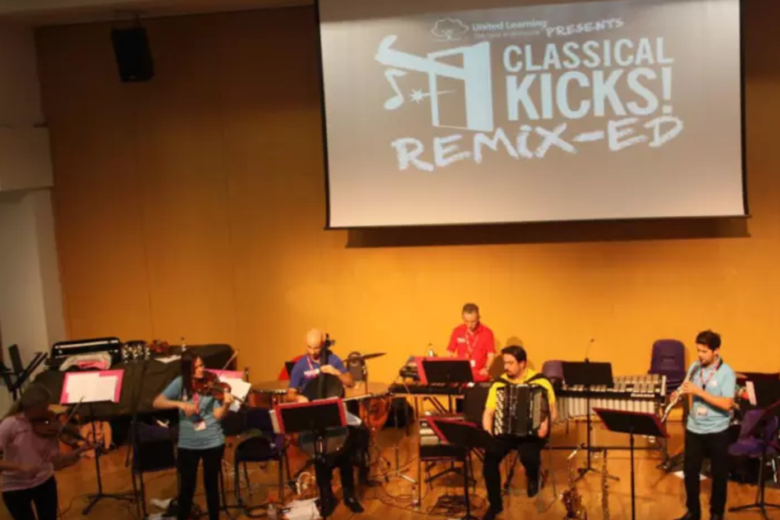 The performance was also attended by students from The Regis School. Both schools are part of United Learning, a national group of academies and independent schools, which commissioned the show from Classical Kicks to bring the new GCSE music curriculum to life for students.

END_OF_DOCUMENT_TOKEN_TO_BE_REPLACED

Lizzie was delighted to be invited back onto BBC Radio 3 In Tune with her long time collaborator James Pearson and Sam Burgess to perform tracks from their forthcoming tour of their Reunion Project, a homage to Stephane Grappelli and George Shearing.